Because we love x-men, I just had to bring the kids to the movie!
Ian was super excited. We don’t do this as often and he would want and he kept thanking me and kissing me as we got ready for the the movie.

Amor now does well at movies, she has overcome her fear of darkness and sudden sounds. Since we tried with “Bring home the Martian.” She sits and watches. And when we get home she narrates everything she has learned or the scenes that she enjoyed.

Nathan did pretty good too. He got excited, shouted and jumped when the music got louder, bombs exploded and mutants were running and jumping around. When there were more quiet dialogues, Nathan would script with them or would tell me what he was seeing or what the scene looked like for him. I kept asking him to hush down and whisper. With constant reminder, he would comply.

At one point a man behind us, stood up to tell me that Nathan should not be there and to bring him out of the movie house. His wife (or movie date) tugged him back to his seat while he was complaining. His complaining made me more determined to sit and enjoy the movie with Nathan and allow Nathan to enjoy it too. Nanny, on the other hand started to pack the bags, probably thinking that I would ask her to leave early with Nathan. That’s what I used to do before, because I was more concerned about the comfort of other people than my son.

So we continued. Nathan would shout with excitement when the music would blast. And I would hush him during quiet dialogues and explain to him that everyone was quiet in the movie house. Whenever he was too excited I would put my hand to physically ask him to whisper. All the while I was assuring him that I loved him. Sometimes he would tell me, “I want to be free.” 😂 so I loosened my hug.
I would say, Nathan did great. For 2 1/2 hours of me continuously hushing him, he did not throw a tantrum in the movie house. I’m sure he was quite enough to allow others to hear the dialogues…unless they wanted to focus their energy on Nathan and myself instead of the movie.

When the lights were on, the credits were showing, Nathan was enjoying it, I looked behind to get a good look and at the man (yes, I too am surprised about how confrontational I have become).

From the another seat behind us, an elderly gentleman and his wife, simply game me a smile as I glanced…<ah> the comfort of a smile from men and women with wisdom. Then I glanced at the man who confronted us. He was still watching the credits and waiting for the extra scene after the movie…so was Nathan 😄. That gave me time to think about what I wanted to tell him.

“If there were movie houses for special needs kids, I would bring my son there, but there aren’t any, so my son has the right to enjoy this movie as much as you do.” I confronted him without raising my voice.

“You should know he has special needs and he should be in a special school.” He answered, during a 5pm movie screening, when even my typical child is not in school. You can read into what he meant. “He does have specials needs.” I answered and we continued to debate for a few more minutes. Of course I knew it would go no where. But hey, I had to tell that man to be part of this world and he could not demand this world to conform with his needs all the time.

Before he left I said, “I hope you get blessed with a child, so that you can understand…” What I meant was, even a typical 2-year would help him understand that the world does not revolved around him to satisfy all his needs. As he as his movie date walked away, he hesitantly replied, “Yah, God bless you too.” 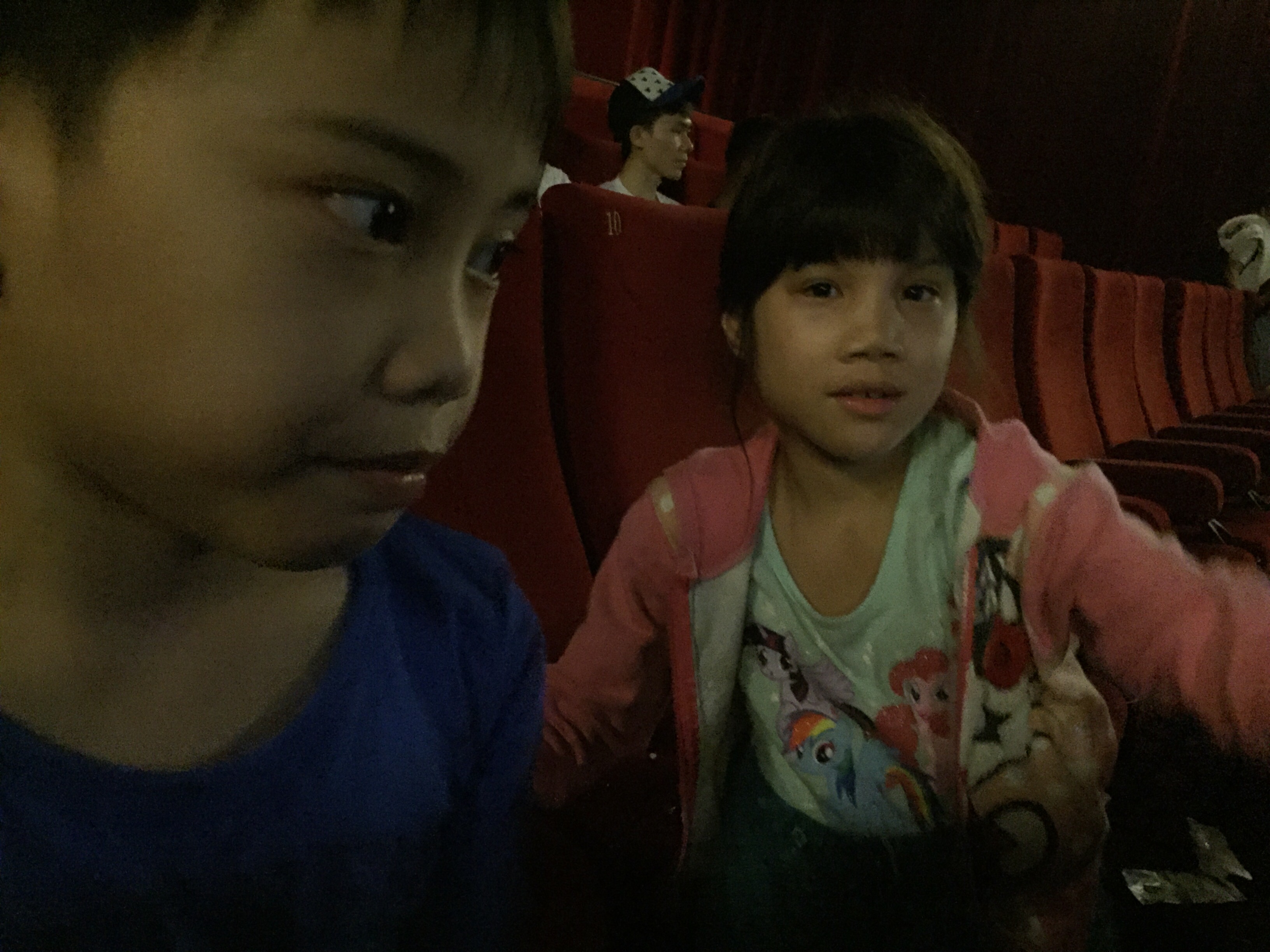 At the end of the day, all was good. I’m happy that I had the courage to speak up without raising my voice. And most of all, I’m happy that I spoke, not to apologise for my son’s behaviour, but to ask that man to think about his demands.