This morning, I couldn’t play chess with him, so Ian complained that I didn’t spend enough time with him. He decided to be little Mr. Drama Boy and slamed his bedroom door to protest.
Knowing he needed to be comforted, I knocked and he immediately let me in. I asked to confirm what all the drama was all about and he reiterated that he felt that I did not spend time with him. The little boy is trying to use guilt to move me…and it almost worked! I had to put a “pause” between what Ian said (the stimulus) and how I was going to choose to react to it (my response). Son-Rise® calls this “pause” part of the Stimulus-“BELIEF”-response model.

I reminded Ian that, being the neurotypical child, he is the only one who gets to go on play dates, he gets to go to parties, I bring him to the movies alone, etc. while the twins will have to wait a couple more years before they are ready for more outings.

I told Ian that it’s true, I spend so much time Son-Rising Nathan, but I do it because I want to help Nathan as much as I can today so that in the future, Ian won’t have to carry the heavy burden of taking care of Nathan, especially when I and hubby pass away.

Then I told him that he can help. He can pray to Jesus to hasten Nathan’s healing so that we can spend more time together.

My smart Ian quickly understood and compromised. “Ok mama,” he said, “All I’ll ask for is that you give me a squeeze hug in the morning, a squeeze hug when I get back from school, one at night and one in the middle of the night.” Funny, squeeze hugs are something we discovered that helped Nathan, but Ian thinks it’s just as effective for his needs.

Change the belief and you can change the response!

What a blessing to have this super understanding and forgiving child. God has truly blessed me with Ian!

In the photo (L-R): Amor, Ian, Nathan. 5 years ago, even as early as 3-years-olds, my “baby” Ian was the responsible one, helping big Brother Nathan walk, and holding big Sister, Amor’s, hand so she won’t run away. I used to call Ian the big little Brother 😄. 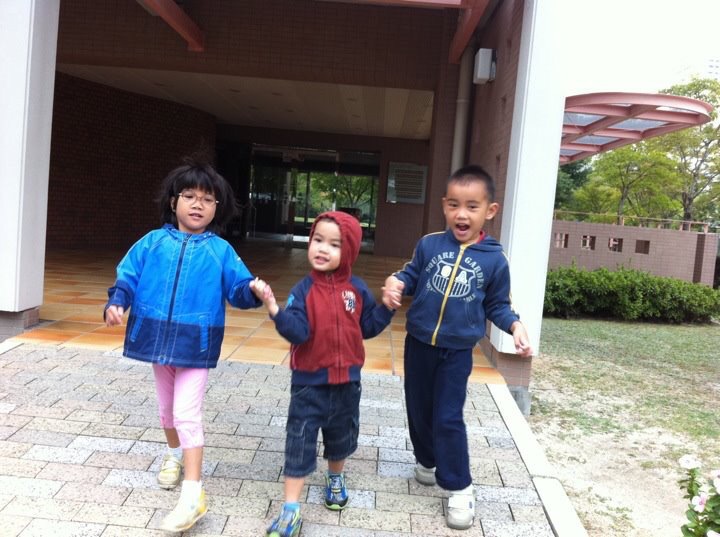