Poop talk
Not much people talk about poop, maybe because it’s an embarrassing topic or maybe because the general public will probably not be able to relate to what the autism community goes through. But I feel like blogging about this will somehow help someone.
Toilet training Nathan has been pushed to the end of my to do list because I feel like I have a double jeopardy with Nathan’s autism and cerebral palsy.
Nathan regression into severe autism coincided with his pooping problems. While he pooped daily as I toddler and I felt that I almost got him to poop in he potty at one stage (when he was 3 years old), digestive issues caught up with Nathan’s regression. He became chronically constipated after 3 1/2 years of age. His poop cycle became 3 to 5 days and he became depended on suppositories to make his bowl move. When he got older I wanted to stop dependence and moved to regular water enemas. I wanted to make sure that poop was making its way out and not further intoxicating him and adding to the fog of his autism.
Through the years he has been getting healthier. In time I learned energy healing (Jin Shin Jyutsu). The simple touch of my palms on his abdomen helped him poop almost regularly. That meant he was pooping in his diaper again any time any where. Curious as any child, he likes checking out what came out of his butt and smearing it where he can to clean his hands. It made me realise that we just masked the years of poop-smearing with those years of enemas and suppositories. I almost forgot about those hardships. But, I am also thankful that he now poops independently (with occasional enemas). Regular poop and even poop-smear is better that chronic constipation and worrying if the jammed-up poop is causing further regression into autism.
At age 10, yes, this could still be poop-smearing days…but something had shifted. I have been praying and claiming Nathan’s healing through Christ, I’ve been experiencing the healing for Nathan, in all areas from walking, better awareness, cognitive gains to understanding poop!
When I catch him poop in his diaper, I model “Mama wash my pwet (bums) please.” He repeats what I say, and I know he understands it. But for the longest time, he never tells us there is poop in his butt, unless we give him cues.
He progressed to going to the bathroom after he pooped in his diaper. He used this body gesture, instead of words, to tell us he wanted to be washed.
One morning, we found Nathan naked in bed. In the night he had managed to pull out his pants and diaper, poop in one corner of the room, no smears, he just left the poop there and went back to bed. Can I just say that is a major celebration for autism moms!
And just a few days ago, Nathan looked for me in the kitchen and said “Did you poo poo?” Sure enough he did! This statement means “I pooped.” It came in question form but I’ll take it! It’s the first time he verbally told us that he pooped and needs help!
I feel the poop-smearing days are over. I’m claiming complete healing through Christ!
To all the families that are still going through poop-smearing hardships. God loves you and your children and wants to heal them. The earth may have fallen and tries to drag our kids with it, but He is the way out. Just call upon Him for help through Christ. Sending Love and Shalom Peace to You!

In the photo: younger Brother, Ian, who is into poop emoji at this age. 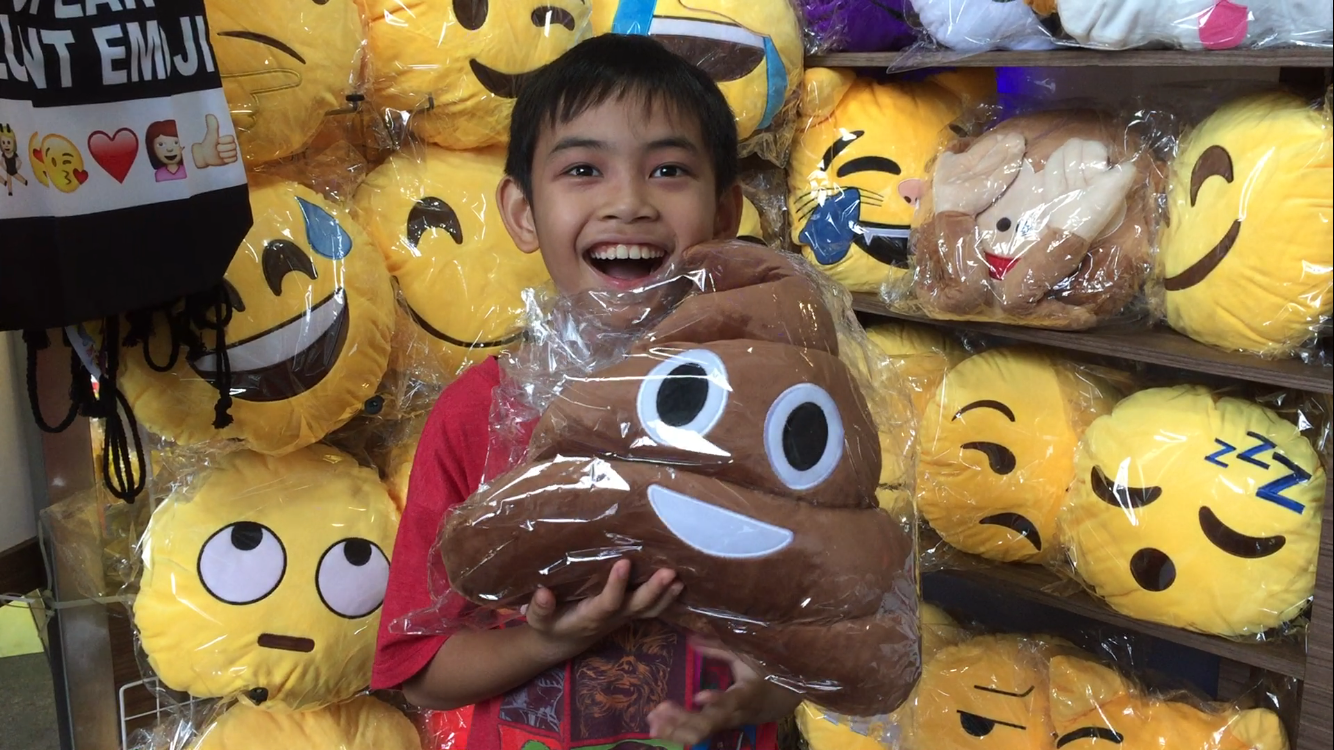